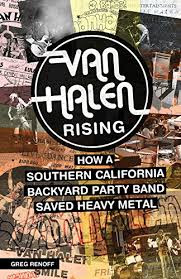 Congrats to the guest guitarist of Glassirits's cover of Depeche Mode's hit song "Strangelove".  Donny makes an appearance in the book Van Halen Rising and gives author Greg Renoff details of his experience playing shows with Van Halen when he was in the bands Stormer and Yankee Rose.

Donny played some great licks on the recording and Abe Perez and Joanna Glass were thrilled with the results. Here's the link to the book Van Halen Rising which you can check out yourself!

For more information on Donny Simmons you can read about him on his Wikipedia page:
https://en.wikipedia.org/wiki/Donny_Simmons
More articles relating to Donny Simmons: